Lar España inaugurated the commercial center called Lagoh in Seville. The center, an investment of 260 million euro, opened the gates of its 100 000 m2 gross leasable area (123.500 m2 in total). Designed by the architectural bureau called L35, this brand new shopping center has reinvented the connection between commercial venues and internal/external leisure spaces.

Besides the diverse offer of shops and cuisine, this new place-to-be counts with a leisure park of 3.500 m2 as well, in which the first wave simulator of Andalusia can be found: the only artificial wave pool where surfing is an option throughout the whole year.

For the development of this new surf pool installation, Urban Planet Entertainment placed its trust in the experience of Galopín Projects, which was backed up by the expertise of Gefico in hydraulics and water management.

Galopín Projects, globally a name of reference for the design of public spaces of value, realized both the development of the general geometry of the pool (its structure, sidewalks, padding, surf sheets, control room and general finishing), as the production at the Cerceda factory (in A Coruña) and its installation in Lagoh Sevilla.

The team of engineers of Gefico contributed by developing the general technology, the pumping systems, the filtration system, the circulation pumps, the chemical parameter control system and the geometry of the admission and impulsion pipes.

For this development, Galopín Projects put together a team of 25 specialists (mechanical engineers, electricians, naval specialists and architects), for the initial planning stage up to the final production and installation in the shopping center. The first stages of the project took place in four months, and were followed up by two weeks for the final installation.

A new kind of commercial center. With this exceptional leisure space, Lagoh joins the global trend of transforming plain shopping centers, by combining commercial offers with integrated entertainment in a single venue, thereby changing it into something with more resemblance to a theme park, than to the commercial centers we used to know.

In Lagoh, Seville, you can find a lake of 6 000 square meter, playgrounds, relax areas, and lookouts, as well as water, light and sound shows, all coming together in an extensive natural and sustainable environment. 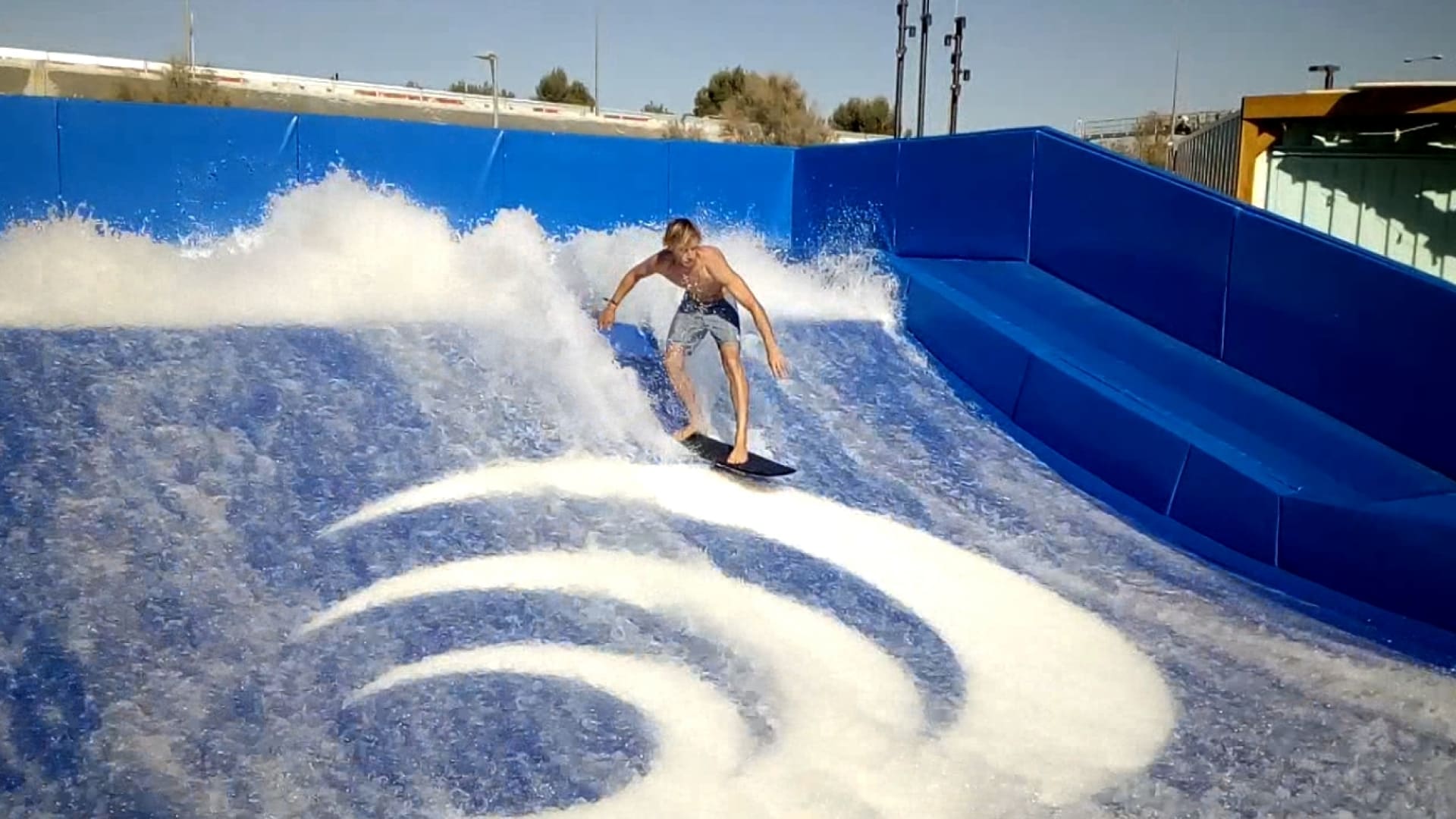